1. PIECE 1:   Deceptive Beauty by: Ree Nancarrow (Artist) in collaboration with Debbie Clark Moderow (Writer)
I attended the art show on First Friday. I enjoyed all of the quilts that were hanging on the wall. I especially really enjoyed the fungi one that is our class background. However, since it is featured on our website, I decided to pick one of the other quilts. I selected Deceptive Beauty because as we all know, Alaska is a very unique state with all the permafrost laden soils we have here. I work as a Pathways Intern Ecologist with the USDA NRCS and we collaborate with our Soil Scientist’s in regards to vegetation found in association with certain types of soils. Our “Black Spruce Uglies,” Picea mariana, are a species well known to soils laden with permafrost. They can be found in very wet, boggy environments. They are shallow rooted trees and therefore, continue to grow even with permafrost at depth. Roughly 95% of the time, when you see black spruce growing, you will also find permafrost.
Regardless of this fact, I chose this art piece because it reminded me of how as our global temperature increases, permafrost melts and not only creates lakes, but also allows microbes to consume dead organic matter and release methane into the atmosphere. Some of those methane bubbles had been trapped in permafrost and have since been released as well. Also, in the descriptive portion, the writer states, “methane is 25 times more potent as a greenhouse gas than carbon dioxide.” (Moderow)
Yes, I feel the artist successfully embodied the concept behind the quilt. The art depicts microbes consuming dead organic matter at the bottom of a lake and releasing methane as a bi-product. On the left, there appears to be a scientist in winter gear capturing methane. There is also flame at the top of the quilt, which is accurate to say the least since methane is flammable. The black spruce uglies in the quilt have stunted growth, which is indicative of poor soil quality and permafrost presence. I would give the artist an A+ on this piece.

2. PIECE 2: Lichen by: Gail Priday
When it comes to lichen, they are complex organisms made up of symbiotic relationships between fungi, photosynthetic cyanobacteria or algae, and potentially yeast (more recently discussed). The fungi portion of the relationship provides protection for the photosynthetic components. The photosynthetic components are autotrophic, and therefore, provide food for the fungi to feed on.
The artist painted a picture with a few species of lichen on a branch, lying on the ground of a forest ecosystem. The art is a great visualization for what you can find in nature. The artist created a piece that is realistic. The contrasting colors of the piece depict how much thought and effort was put into the entire project in order to make the art as realistic as possible.
In my opinion, this piece is conceptually interesting as well as aesthetically compelling. I do not feel the artist needed to improve anything. Gail appears to have depicted the vegetation in the art accurately. There appear to be some Orthelia secunda or Pyrola, possibly Linnaea borealis, Cladonia, Cladina, and a few other species. Of course, the species may vary depending on where the initial photograph or viewing occurred. Here in Alaska, we have several abundant species of lichen and other vegetation.

3. PIECE 3: Toolik Chain of Lakes by: Ree Nancarrow. Microbes 1,2, and 3 by: Charlotte Bird
The main quilt art depicts the chain of lakes that are found up in Toolik. Along the outer perimeter of the quilt, several species of vegetation are depicted. Apparently, the scientists are studying bacterioplankton. The three small quilt pieces on the right side of the quilt depict a few microbes that were collected in water column samples. The scientists discovered 5 distinct microbes whose DNA profiles do not match any known organisms, which is interesting in itself. The fact that there were five distinct microbes found in the same area indicates evolution is happening, even at the microscopic level. Microorganisms play an important role in just about every situation, to include vegetative health, and overall ecosystem health. The abundance of several microbial varieties contribute to the overall health of the Toolik Chain Ecosystem. Depending on the environment, the new species of bacteria discovered in the samples most likely evolved to maintain their long term fitness. The farther north you go, the colder it is as well, which could potentially make a few of these species psychrophiles.

4. The microbiological concept I would probably focus on if I were an artist, would be   extremophiles. Extremophiles are intriguing to me because of their ability to withstand extreme conditions. While I was in the Army, I was a Medical Food Inspection Specialist (68R) and when I first became a veteran after my EAS, I worked for the USDA Food Safety and Inspection Service as a Consumer Safety Inspector. My primary job was to ensure safe food handling and regulation compliance. Sanitation is one of the biggest hits production plants may get. Listeria can be a big problem in plants that have a lot of condensation build up. Clostridium botulinum can be another major problem in food safety if retort procedures are not followed to a T. In fact, our 9 Code of Federal Regulations is hundreds of pages thick and about 1/4 of the entire book is dedicated to regulations regarding retort.
I would like to either have created some sort of art regarding extremophiles in stained glass, or clay, or potentially even crochet.

Overall, this was a fun little exhibit to attend. The only display I found odd was the beach trash. Everything else was pretty amazing and interesting. 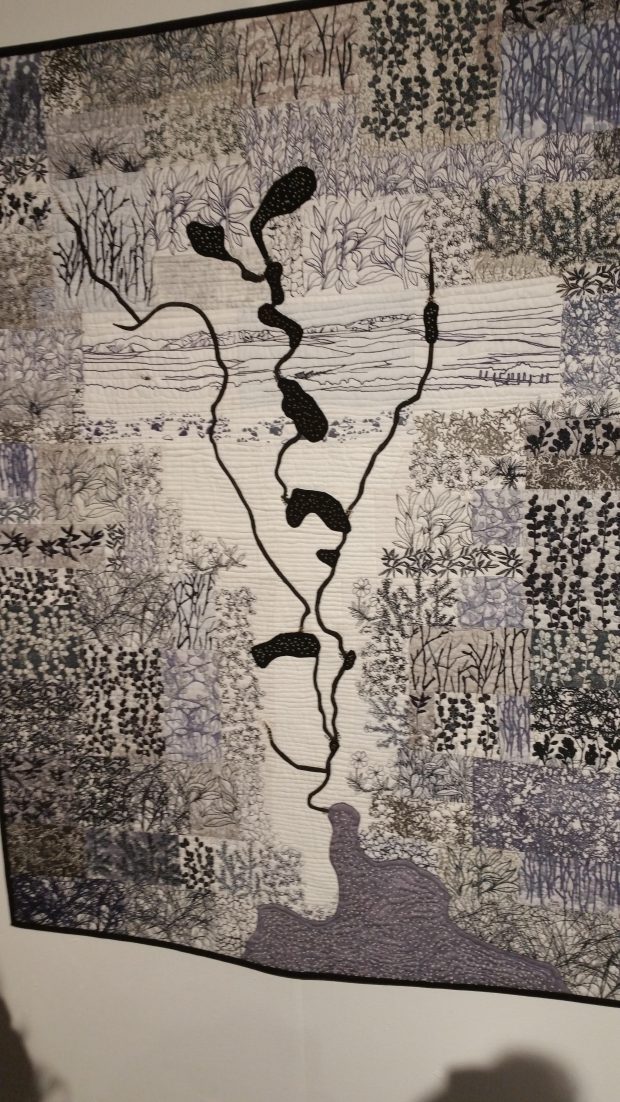 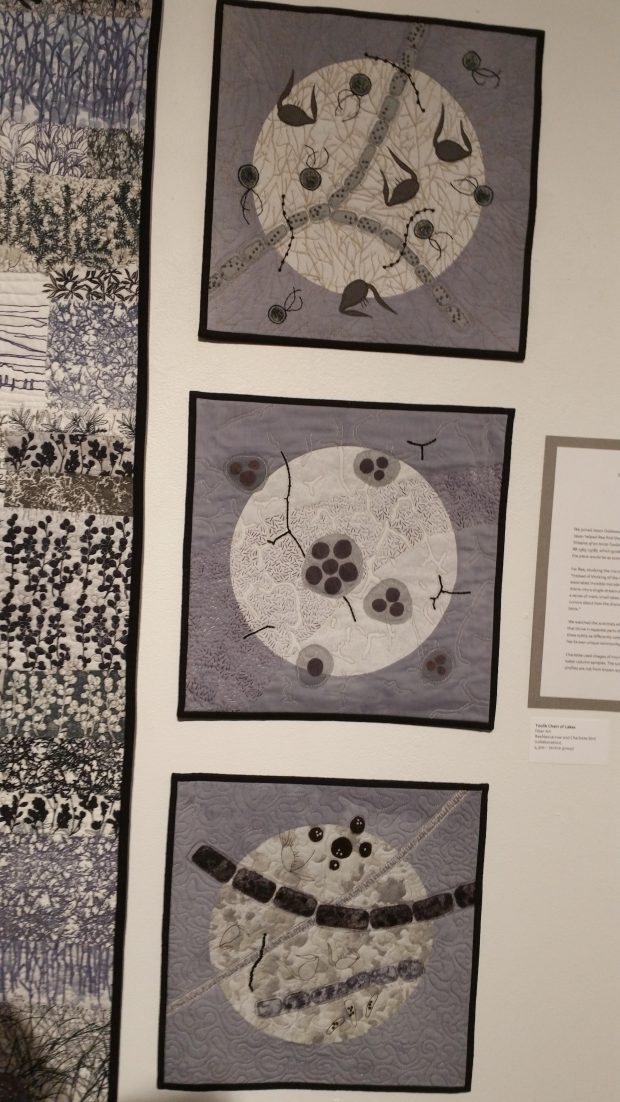 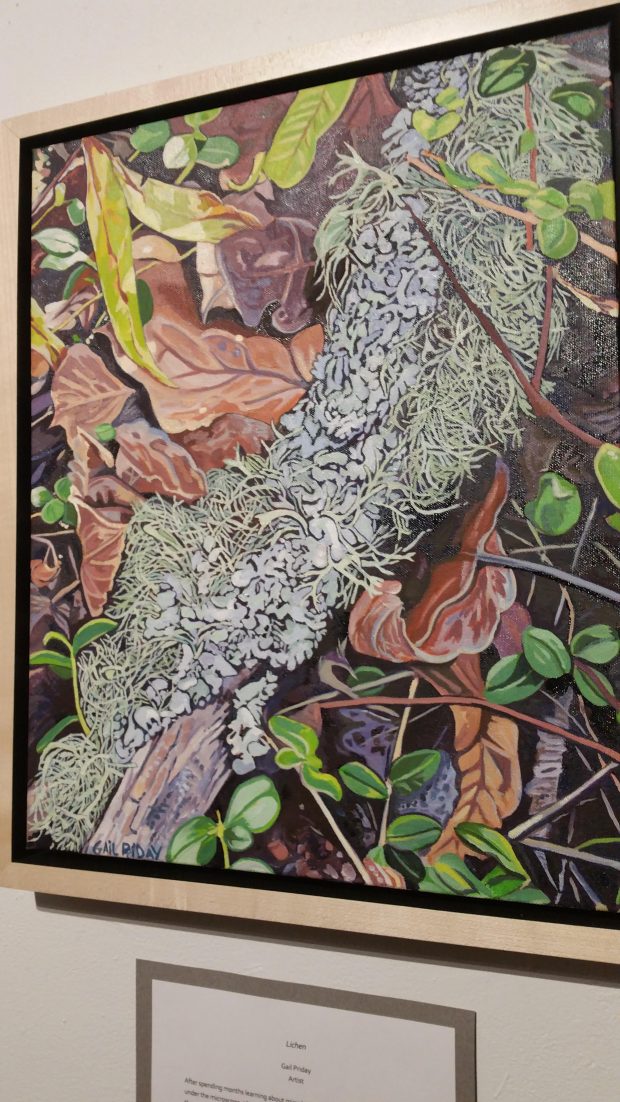 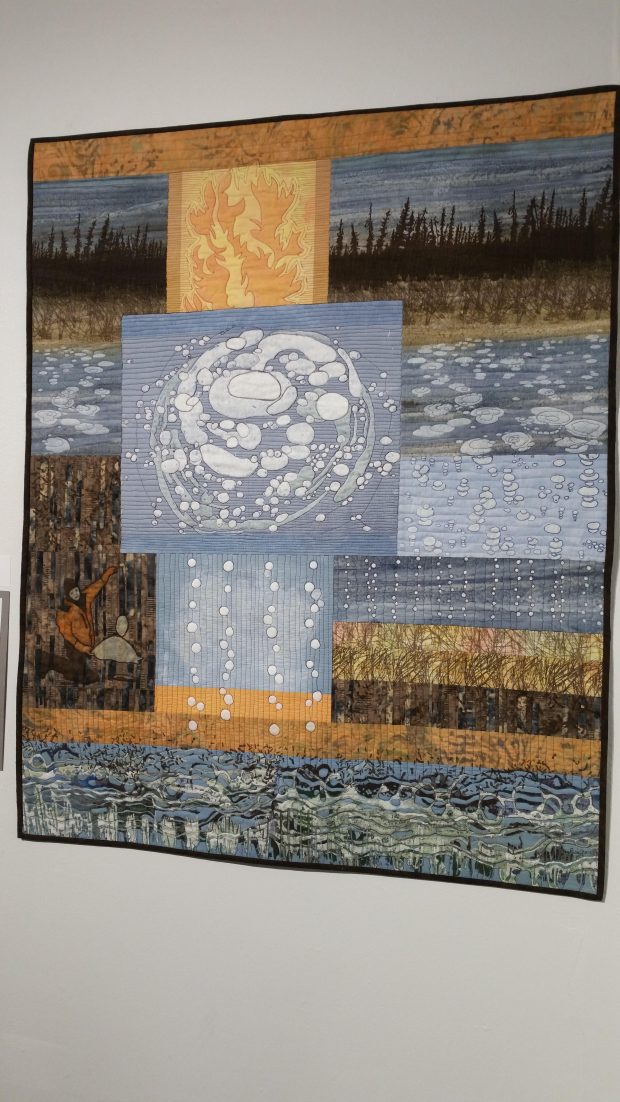