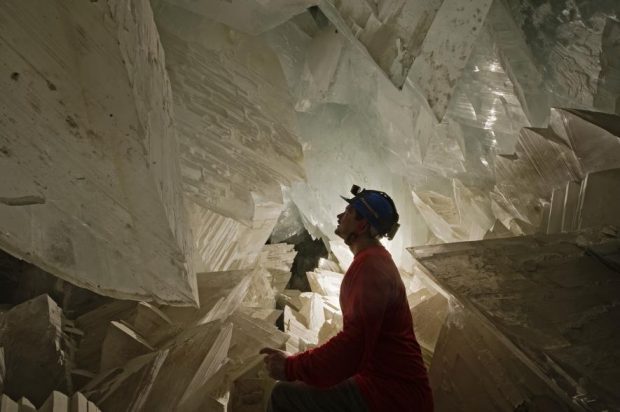 Summary : New lithotroph microbes have been found in crystals located in a cave in Mexico. These microbes have been dormant for 10,000 to 50,000 years and are still viable. They have been cultured in a lab and are currently being studied. Scientists say that the microbe is a new microbe species, although it is similar to microbes found in caves and around volcanoes.

Connections: The article talks about ow if these microbes could have survived in such harsh conditions, than it is very possible that microbes could survive and be present on other planets with similar harsh conditions. The article also talked about the concern of contamination while finding, extracting, and studying these microbes. Both of these topics were discussed during out guest lecture given by Professor Eric Collins this Friday (3/24/17).

Critical Thinking: Scientific reports  have not yet been published as scientists are still finding new information and learning about the microbe. The biggest question that is being discussed is if it really is possible for microbes to be dormant and viable for 50,000 years, and if so how? Some think that the microbes originated from a water source and made their way into the crystal or that the microbes slow their metabolism while dormant that they don’t need resources to stay alive or that the microbes are feeding on other microbes around them that have died. Since this discovery is so new its hard to be certain about all of the details of these new microbes, so this article covers a large variety of theories as well as possible ways that this discovery may help discoveries in astrobiology.

Question: Since this microbe could possibly live on a different planet with harsh conditions, will NASA begin to look at planets with similar environments for microbes like the one found in the caves? To clarify with this new discovery will NASA start looking for microbes similar to those found int the crystals on other planets with similar environments?

I found a same article and I’m wondering how they survive in crystals for more than 50,000 years. In crystals, nutrients are limited, but carbon sources are plentiful and temperature is really high in that mine, so almost all of organisms can’t survive there. However, if some bacteria or virus become dormant, they can survive. Therefore, I’m wondering how strong the dormant microbes is. I reall want to know that. If we find it, we can come up with the idea like microbes can jump to other planets when they are dormant and it’s relate to the idea like panspermia, which says the origin of life is derived from the space.