My artistic abilities are lacking when it comes to creativity with microbes. However, I decided at random that I was going to create a hammerhead shark made on a TSA agar plate with S. marrescens, dog paw prints made of P. areoginosa on EMB, and the In-N-Out Burger sign made of K. rhizophila and S. marrescens on MAC. If you have never had In-N-Out, I would suggest you stop in if you’re ever in one of the western states that has them. They have a secret menu as well.

The TSA agar plate is good for a wide variety of bacterial species and I decided that the red coloring of the S. marrescens would stand out best on the clear background.

EMB contains methylene blue which inhibits the growth of gram positive bacterial species, indicating P. aeroginosa is a gram negative species. It also contains lactose and sucrose.  My paw prints were white which suggests that this bacterial species does not ferment lactose.

MAC works with gram negative bacterial species and contains bile salts, crystal violet, lactose, and peptone. I added  K. rhizophila, S. marrescens, and one other species (cut off photo) which turned the media from a pink color to clear due to lack of lactose fermentarion. They release ammonia and increase the agar pH. These bacterial species prefer growing on peptone instead of lactose. 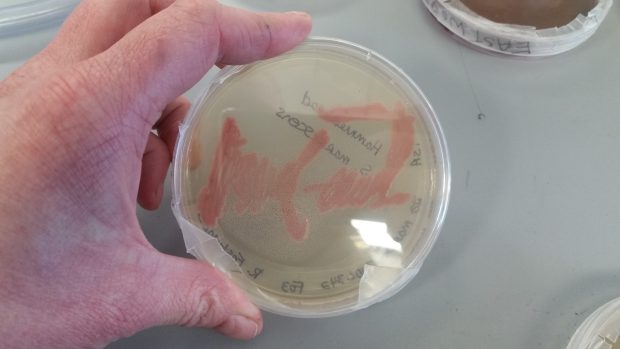 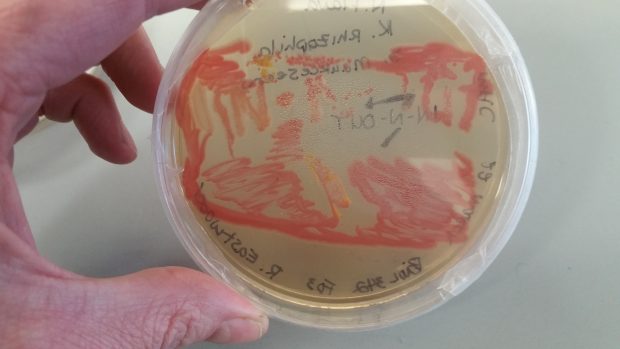 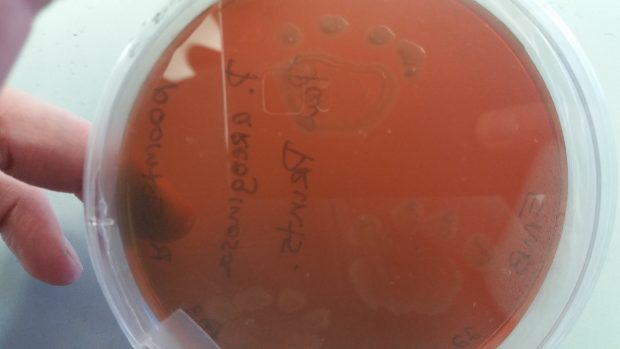