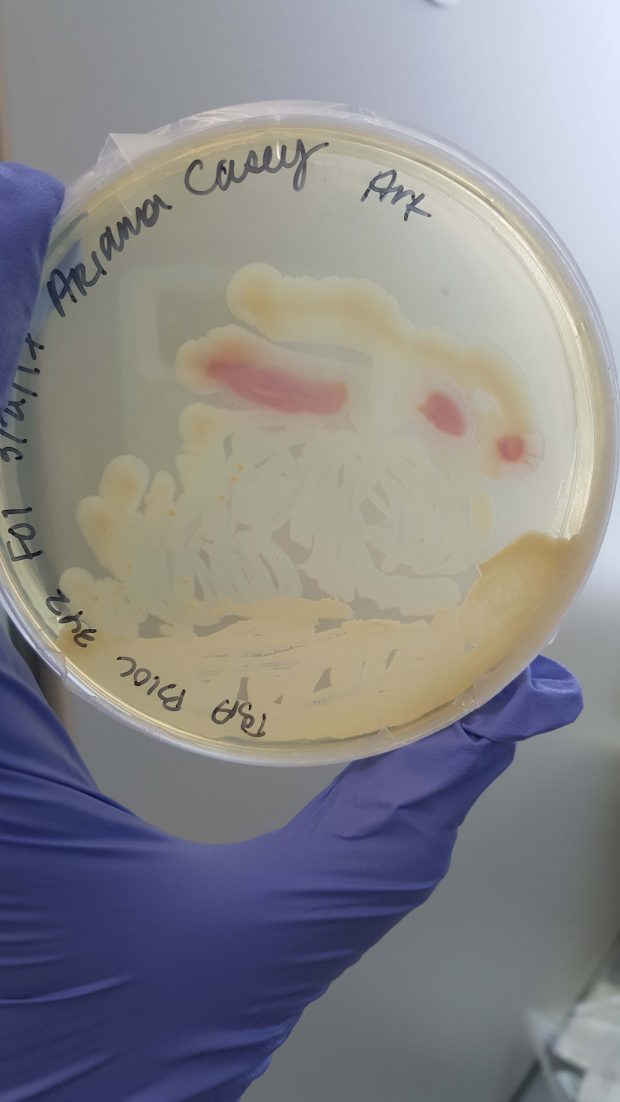 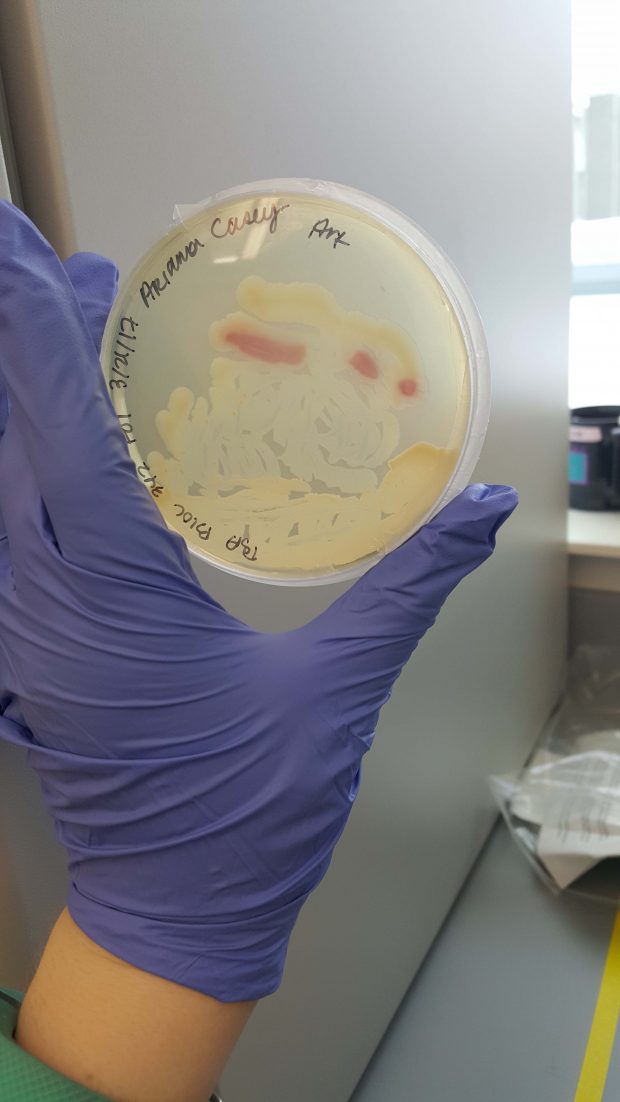 For the different media, I made 3 different animals.   In the end, the only one that I liked the most was this rabbit done on a TSA plate.   It was definitely the most simple design of all the designs I did, which made it a lot easier for me to draw, as well as not having to think of how the colors would change or not change.   In the end, the colors on the other two plates looked about right (with one or two things not really going according to plan, but they just were more complex and didn’t really look like the animals I was trying to draw.

With making my design, I also planned out which bacteria to use.   Seeing as most of the bacteria turn out cream/white or yellow on a TSA plate that doesn’t have indicator dye, the challenge was creating definition between my white rabbit and white snow.   I chose the flava for snow as the opacity was richer and the white more true white.   Then, I chose citrobacter for the rabbit, as the color was a nice translucent cream that seemed fur-like to me.   The part that I thought would really make this piece pop was the S. marcescens, which grows a pink/red.   Effectively, I made an albino rabbit.

For the pieces, I actually wish that I had done the rabbit design for each one and just changed strain type.   I feel that this would have made it easier to see where I messed up on placing bacteria versus how the bacteria interacted with the plate.

The biggest challenge with the dyed media was trying to have a light color, especially with the EMB media.   I found that I didn’t know what shades of red I would get and just hoped the shades would be different enough to reveal form, same with the MAC media, although that one was lighter, and thus easier to see some of the color and form on.