My artistic intent with the EMB plate was to draw dog paws walking on the plate. The pink colonies took over the plate, making it more of an abstract piece. This indicates that I selected several gram-negative bacteria that either produce less acid or that don’t ferment lactose to draw the paws with.

My artistic intent with the  MAC plate was to draw a snowflake. Due to the selective nature of this media, not all strains that I inoculated the plate with grew so it turned out looking more like a pizza. The colonies that grew were most likely non-lactose fermenting  because the media turned colorless. 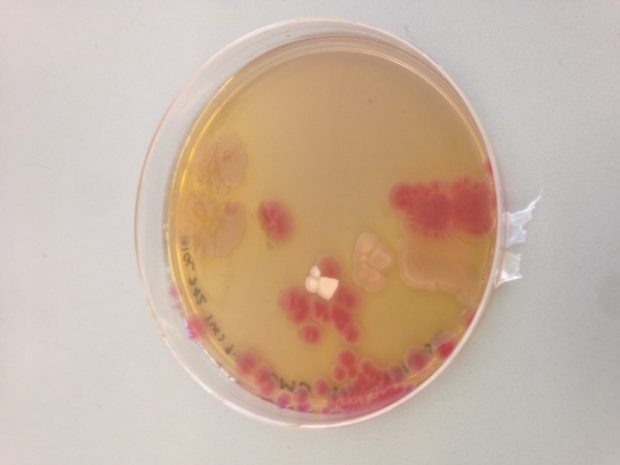 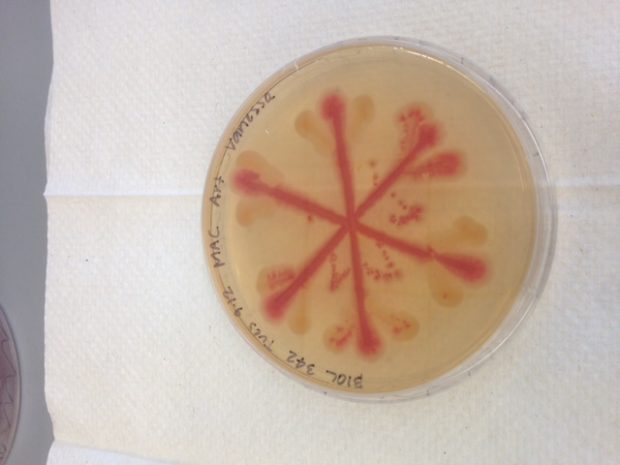