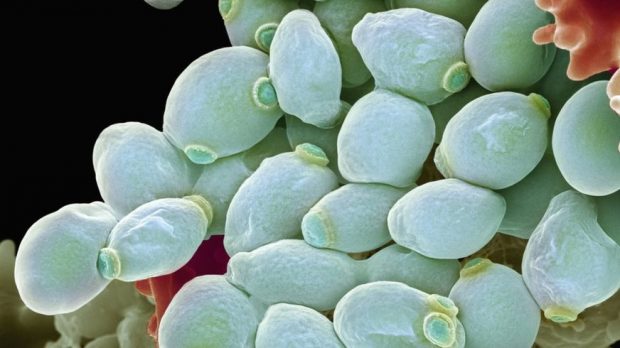 4 Comments for “A2 Microbes in the news: Fungal infection ‘threat’ to human health”

I also had no idea that many people died from fungal infections! From what I could find on fungal vaccines, the successful ones are a type of conjugate made with plant and bacterial antibodies. I wish I knew more about immunology now!

I found your article really interesting! and I too have disregarded fungal infections since most we learned in class focused heavily on bacterial or viral caused diseases.
Recently I read something about a panfungal vaccine using Î²-glucans of S. cerevisiae and it was shown to generate protection against several pathogenic fungi. However this wasn’t human tested.

I didn’t realize how dangerous fungal infections could be. I really like this article. I have done some research about fungal infections and have found that yes, there are vaccines against them! Many of them are aimed at producing a Th1 or Th17 immune response in order to improve the rate of phagocytic killing of the fungi.

Wow! That is a very interesting article. I would never have even suspected that those would be the statistics or that fungal infections could prove so fatal so frequently… Much of the time, fungal infections are disregarded or thought of as more of an annoyance than a serious disease.
I was not able to locate much information concerning a fungal vaccine, though there was a paper in which the author seemed to have some ideas for the development of one: https://www.ncbi.nlm.nih.gov/pmc/articles/PMC3155210/

It seems that the current recommendations for avoiding fungal infections until a vaccine is available primarily involve not coming into contact with a fungus (which is sometimes unavoidable) and also maintaining your skin so as to not provide an environment optimal for fungal growth (keeping skin dry, changing damp clothing, etc).