The ‘Dark Matter’ of the Microbial World 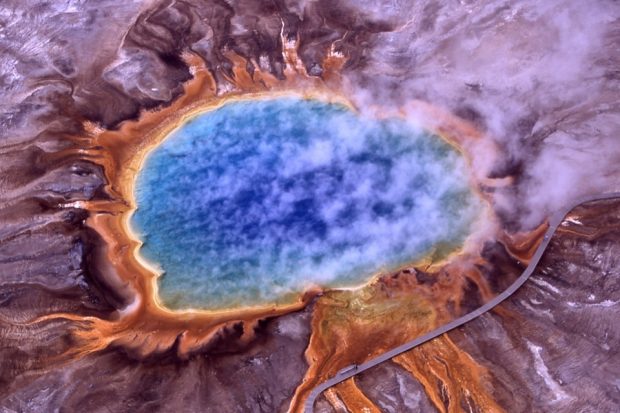 Summary: Archaea have been historically understudied but they actually are an important part of the human microbiome. Since the genomes of archaea are widely unknown the use of common primers based on 16S rRNA gene sequencing has failed to identify the diversity of archaea that are present in the microbiome of primates, including humans. When sequencing was done on feces samples using archaea primers instead of universal primers, many more archaea species were identified –  in humans the difference was 37 species with arcane primers versus 1 species with universal primers. The most common archaea species found were methanogens. This difference is most likely due to the fact that universal primers are made with common bacterial species in mind. With metagenomics this scenario is likely to change in the near future –  we are now able to sequence the entire genomes of the species found in our samples so it is likely that the extent to which archaea are present in primates’ microbiomes will start to be more understood.

Connections: In class we briefly covered Archaea. This article cites an interesting cycle – the microbes that we cannot culture  are not studied as often. We base future studies on what we know (culture methods, genomes) so scientists tend to expand more on previous knowledge rather than studying completely new and unknown species. I believe that this will change soon, but when primers were the main tool in sequencing genomes I could see how this would happen. Scientists simply did not have enough information and tools to fully characterize Archaea.

This article did a good job of communicating the extent to which Archaea are not fully understood. They probably should have explained more about the fact that Archaea are not a type of Bacteria even though they are prokaryotes.

Question: What is the proportion of Archaea in the human microbiome? Are they essential in nutrient absorption and even production?

2 Comments for “A2: Microbes in the News – The ‘Dark Matter’ of the Microbial World”

I believe this was a good article for science outreach as well. It really tried to point out just how limited we our in our knowladge mostly due to the fact we cannot begin to culture roughly 99% of microbes. I also agree that they could have done a better job seperating Archea from Bacteria and even Eukaryotes (which they just refer to as “complex life”). I was researching the composition and proportion of archea in the human microbiome and found this article; https://journals.plos.org/plosone/article?id=10.1371/journal.pone.0066019. This article dose not give a good proportion percentage, but it does estimate that ~25%-95% of humans contain archea in their microbiome, and out of the ones they found, 5 were the most promonent. They also found that the compositions of archea can change depending on diet and time.

I agree that the current understanding of archaea in relation to human health is still poorly understood. We assume that archaea are generally unimportant to human health, but we really just don’t know the extent to which they are present due to technological issues (hopefully, now resolved).

I imagine that archaeal influence on human health is more than we currently understand, yet there is no way to really predict to what extent until more research is conducted. Methanogens present in the GI tract is logical, but I would wonder if others are present in other areas as well.