My name is Kjersten Williams. For my art project, I decided to go with mixed media. I constructed the microbes’ background environments out of paper and colored pencil, and made the microbes themselves out of modeling clay, giving the project a bit of visual depth. For my subject, I decided to focus on a specific group of microbes: the temperature extremophiles. I wanted to showcase the variety of different morphologies and habitats of these microbes (through the relatively accurate depiction of the microbes and their respective environments), while also making a statement against the general belief that all microbes are “bad’ (hence, the added shaky eyes to make them cuter and more personable). These microbes live in environments which would be deemed uninhabitable to the majority of life forms on Earth. Due to their resilience and adaptability, they represent the type of organism which astrobiologists may be most likely to find on other planets! 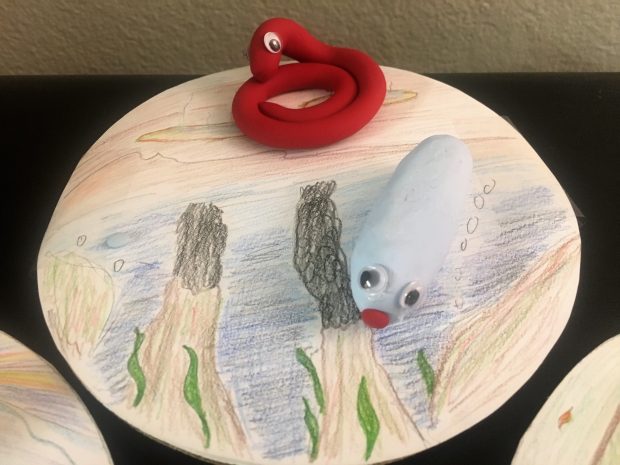 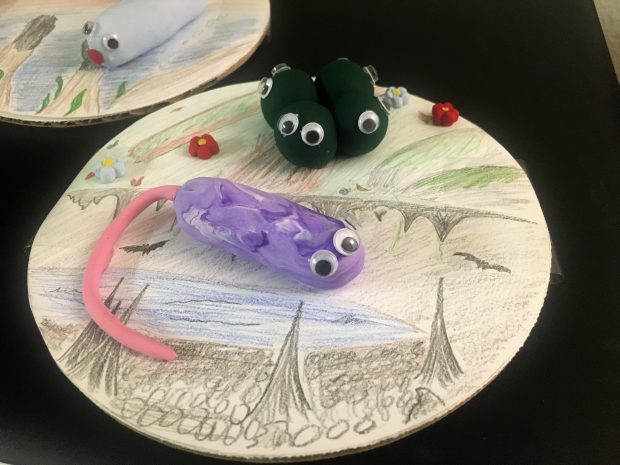 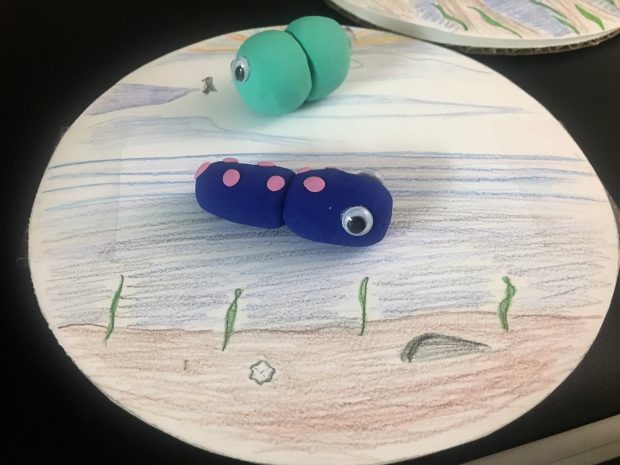