Artist Statement: For this art project, I wanted to do something creative. I thought how it would be cool to be able to have my microbe forever, and the idea of encasing it in resin sprung to mind — despite the fact that I’ve never worked with resin before. I plated my bacterial isolate (which is normally bright orange) on five different agar plates: trypticase soy agar (TSA), MacConkey agar (MAC), mannitol salt agar (MAN), blood agar (BA), and eosin methylene blue agar (EMB). I allowed the plates to incubate for a week, then cut out little circles of agar + microbes out of the plate and put them in molds with resin. I was surprised to find that the resin changed the colors of all the agars. TSA turned from transparent gold to white, MAC turned from pink to a pastel pink, MAN turned from a bright pink to a bright yellow, BA turned from a dark red/brown to white, and EMB turned from dark red to a lighter red. It must be something about the chemical composition of the resin — I haven’t fully researched the implications yet. Anyway, I am satisfied with how the pieces turned out given that it is my first time working with resin, although they still need polishing. They are in keychain form, so that I can always have my microbe with me (even though I never was able to identify it). 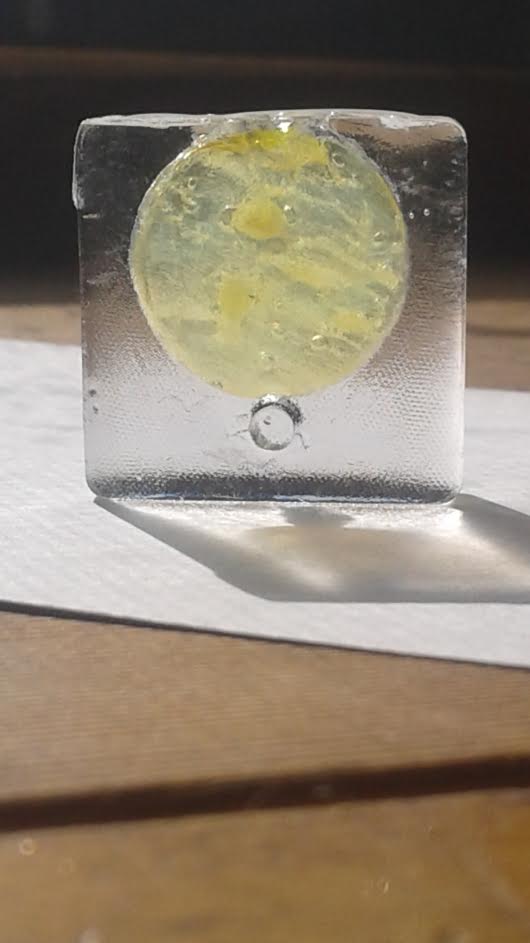 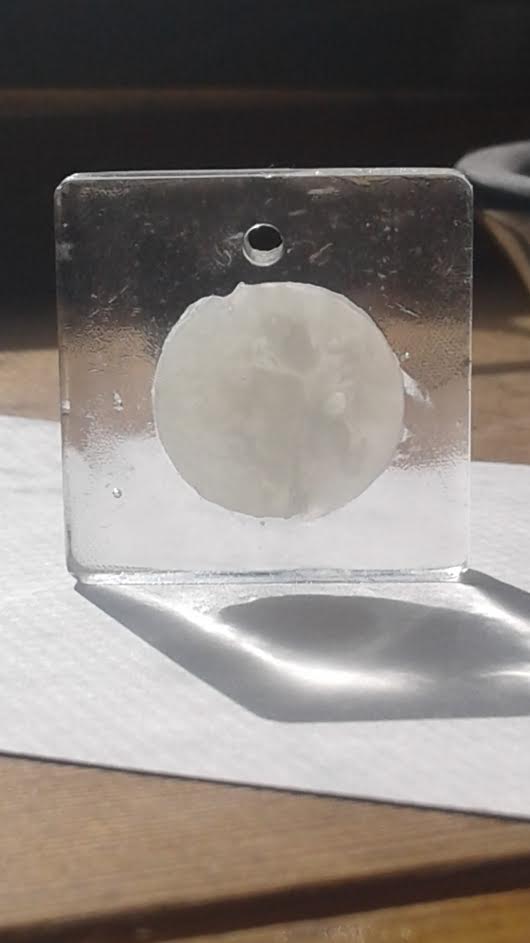 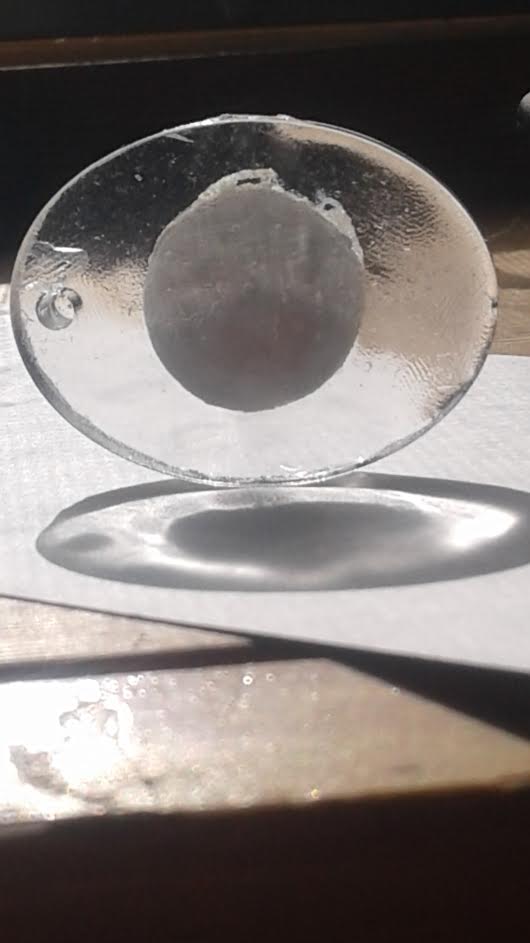 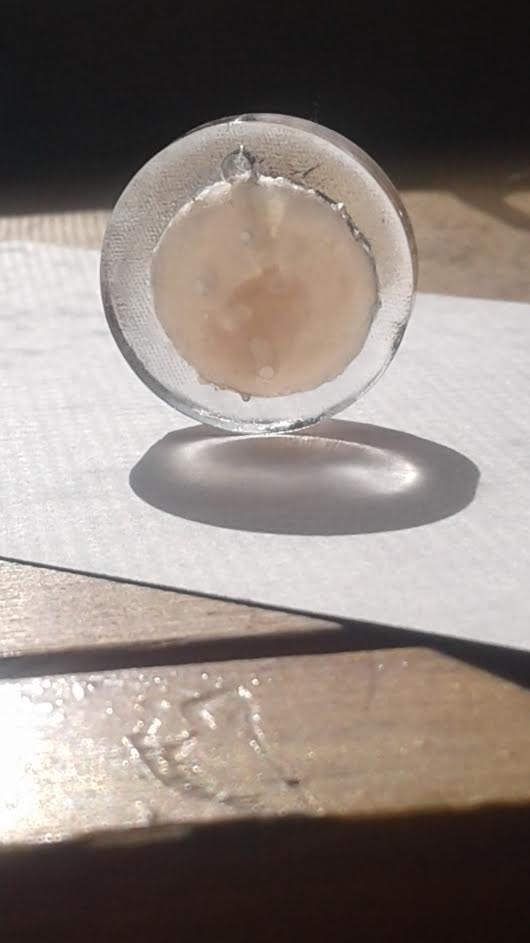 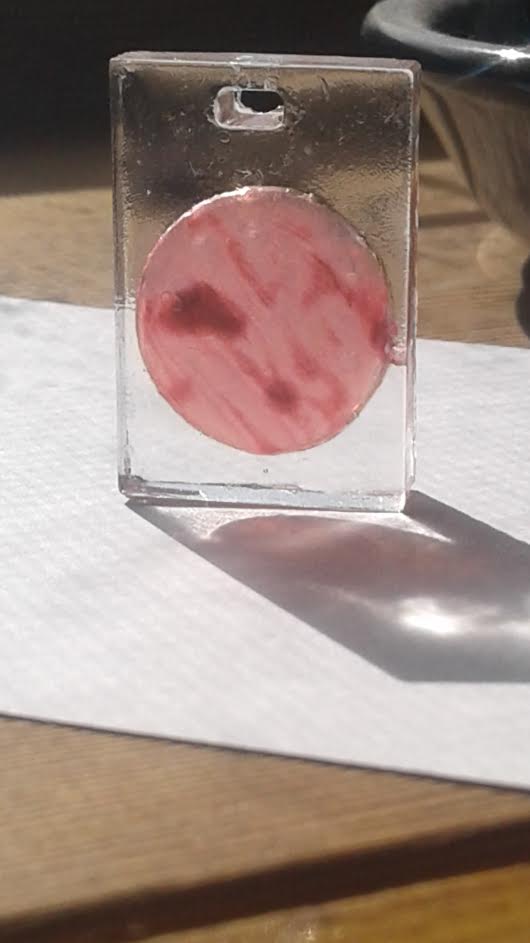 Article and link: “Microorganisms Make a House a Home?” — https://www.the-scientist.com/?articles.view/articleNo/43840/title/Microorganisms-Make-a-House-a-Home-/

Summary: This is a brief article which overviews a study in which dust from homes were analyzed for bacterial and fungal species. The results indicate that the presence of certain fungal and bacterial species can indicate the geographical location you live and even the house’s inhabitants, from pets to people.

Critical Analysis: The study found that, using the fungal data, one could predict the exact geographical location in which the home was located. Furthermore, they could predict using bacterial data whether or not there is a dog in the household — with 92% accuracy. The scientists could even predict if the house’s inhabitants were predominantly male or female, based on the presence of bacteria typically found in fecal matter (males) or the vaginal canal (females). The article itself was very brief and written for non-scientists, but it didn’t seem to have any inaccuracies. It was very interesting and insightful.

Question: What else could microbes be indicative of in everyday life?

Article and link: “The Mycobiome” — https://www.the-scientist.com/?articles.view/articleNo/45153/title/The-Mycobiome/

Summary: This article discusses the commonly overlooked mycobiome, which is those fungi which are in and on our bodies. In recent years the microbiome has gained much more attention in both health and human medicine, but the mycobiome is still very much understudied. This article characterizes the human mycobiome and asserts that it is similarly important to human health, and even influences microbial communities. The researchers explored the presence of many different fungi in the oral cavity. As of yet, this field is still in need of scientific development and research.

Connections: I connected this to our brief lectures on fungi, and also to the attention on the human microbiome.

Critical Analysis: I found the idea of the human mycobiome to be interesting. The author ascertains that most people, scientists included, often overlook it. I had never thought of a mycobiome until reading this article myself. I think that the article is well written. It is more directed to readers who have some scientific background, as he provides a detailed outline of his research involving the mycobiome.

Question: What are the implications of the mycobiome, and how much influence does it have on the microbiome and overall human health?

Summary: Scientists in Korea are researching how to use microbes to fight cancer. Genetically modified Salmonella, known to cause food poisoning, is being used to target necrotic tissue found in tumors. So far, the tumors tend to come back after treatment and there is a risk of the bacteria turning toxic, but the research is promising and is continuing to develop.

Critical Analysis:  Using a microbe that has enough pathogenicity to “infect” bad tissue but isn’t particularly life threatening is an interesting concept. Microbial treatments in medicine are particularly interesting to me, since I’m interested in human medicine and am focusing on infectious diseases. I think this article explained the science in a very basic way, since it is for the non-scientist reader. There didn’t seem to be any scientific inaccuracies. It is written in an informative way that is still interesting.

Question: What makes scientists distinguish which microbes to use in human medicine, particularly a treatment such as this?

My microbe paintings were inspired by sushi, due to my being hungry during lab. Shown here is nigiri: tuna (red = Serratai marcescens), salmon (orange = my isolate), and tamago (yellow = can’t remember) on rice (white = Citrobacter freundii). I decided to paint on the TSA plate because it displays the colors the best, and is a complex media that allows the growth of most bacterial cultures. 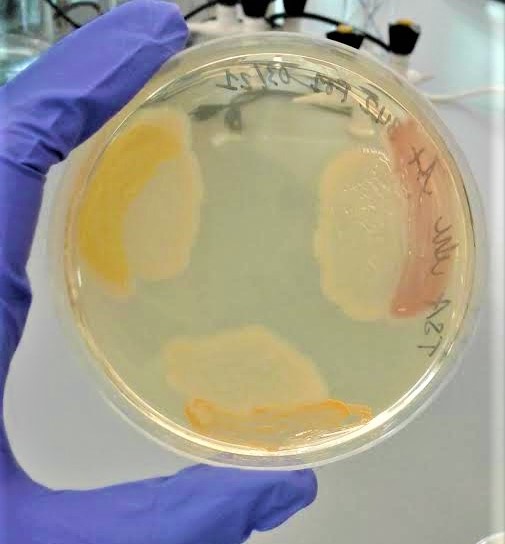 Hello, my name is Angelina Martushoff. I’m a junior biology major concentrating in physiology and my minor is Russian. I intend to go into human medicine, specifically the field of infectious diseases, and I love to read books about human infectious diseases (viral, bacterial, or parasitic). I worked in Dr. Podlutsky’s lab here on campus. My project was looking at the genotoxicity (DNA damage) of iq’mik on human cell lines. I also love the Russian language and culture; my family is Russian. I look forward to this class as it relates to microbes that have pathogenic effects on human health. 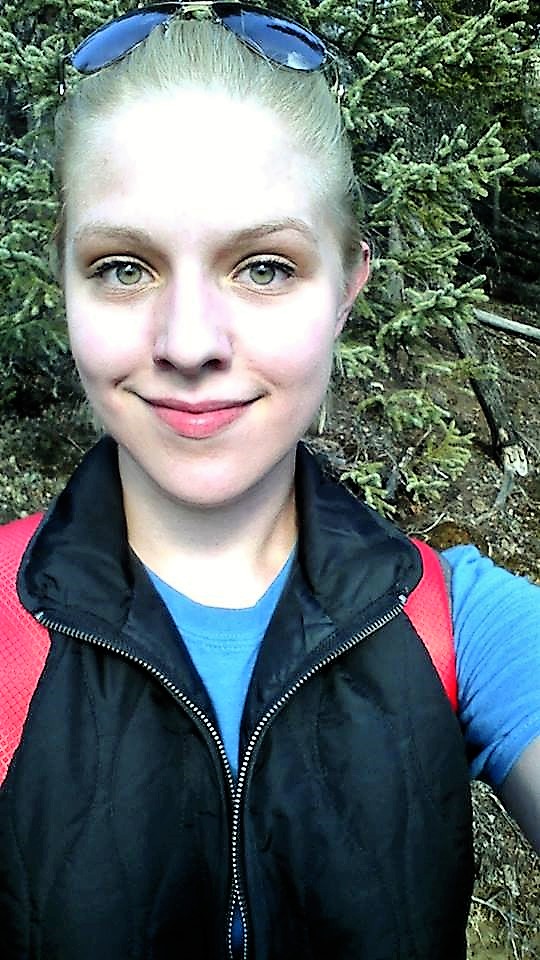