Here is the link to my  Paper, the isolation of  Micrococcus roseus from the phyllopshere of  Picea mariana. 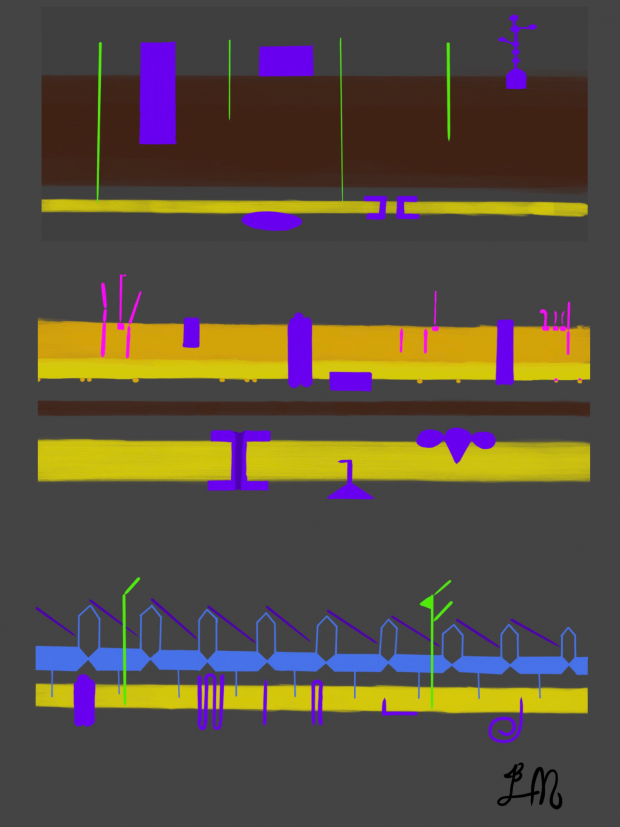 My intentions with this piece are relatively simple. I was aiming to represent the different possible prokaryotic cell envelopes in the simplest way possible while still being able to recognize distinguishing features, recall why the gram stain gives the results it does, and recognize major structures in each of the major envelope classes. I leave it as an exercise to you to remember which is which. Not included: pseudopeptidoglycan, pleomorphic cell envelopes, anything related to the word “eykaryote’.

I chose to do the painting in abstract form so I could represent the envelopes in a manner that was faithful to the real deal but without losing the forest for all the phospholipids…er…I mean trees.

Synopsis: Komodo Dragons’ saliva has a rich and varied microbiota which has been studied for different aspects in the past. Now the question being asked is: Why don’t they get infections more often? Short answer, antimicrobial compounds in their blood that encourage tissue healing as well. Researchers at George Washington University have isolated a compound by the name of DRGN-1 which appears to have antimicrobial activity, break up biofilms, and recruit dermal cells to heal wounds in mice. It was tested on Methicillin resistant S. aureus (MRSA) and P. areuginosa and showed benefits in both infections.

Critical thinking: While this is exciting for the same reason I listed in number 2 (non-antibiotic ways to deal with infections), I don’t know how soon we’ll be seeing this sort of technology in humans. The compound was modified from dragons to work in mice and would need to be further modified to work properly in humans.

Connections: Besides antibiotics and antimicrobials as discussed previously, there is the issue of innate resistance, which this compound seems to be part of which we discussed on Monday. I think this is part of the host resistance as it helps regenerate wounds and keep microbes at bay.

Synopsis: A study out of the Medical Research Centre CMBI and Nottingham University (paper) has found that inoculation of  Bdellovibrio bacteriovorans into zebrafish infected with  Shigella flexneri allowed the fish to clear the infection without the use of antibiotics. B. bacteriovorans is a parasitic bacterium that reproduces inside host bacterial cells before lysing the host cell and releasing the  daughter cells similar to viral lytic cycle.  The authors propose  that the mechanism is that the lysed  Shigella cell wall pieces attract the attention of the infected organism’s immune system to recruit phagocytes and clear the infection. They suggest that  B. bacteriovorans may be useful to treat multidrug-resistant infections in humans as it has not yet been reported to cause disease in humans.

Connections: In addition to the lytic viral life cycle, we recently discussed how the innate immune system detects and responds to potential pathogens. We have also discussed antibiotics, antibiotic resistance, and the use of phage therapy to combat it.

Critical thinking: The use of parasitic bacteria to cure an infection is reminiscent of phage therapy to destroy multidrug-resistant bacteria. It sounds absurd, but this seems to me the most effective way to move into the post-antibiotic era: intentional “infections” to stave off worse infections.

Question: Does this sound like a promising therapy or an absurd act of desperation? 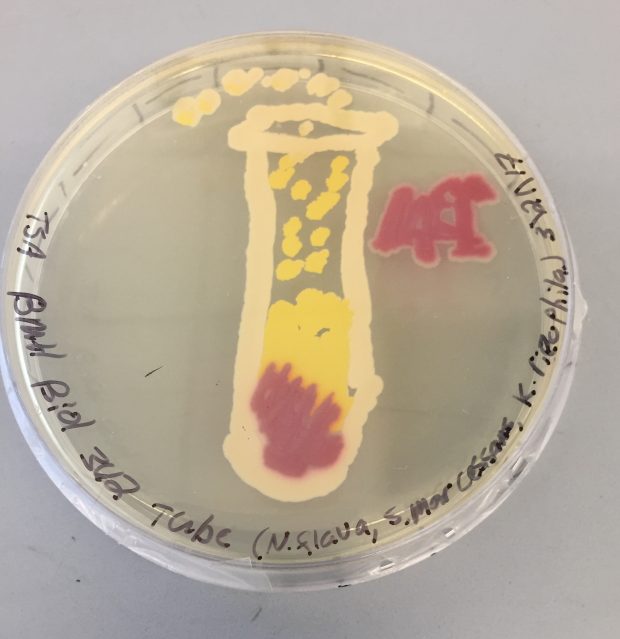 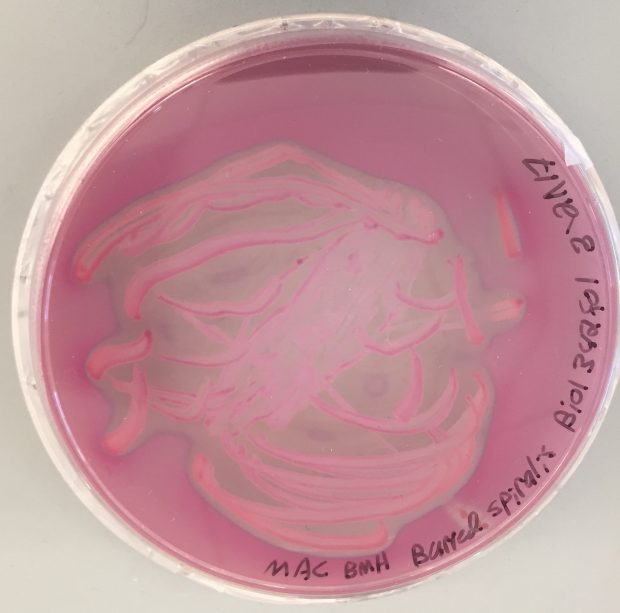 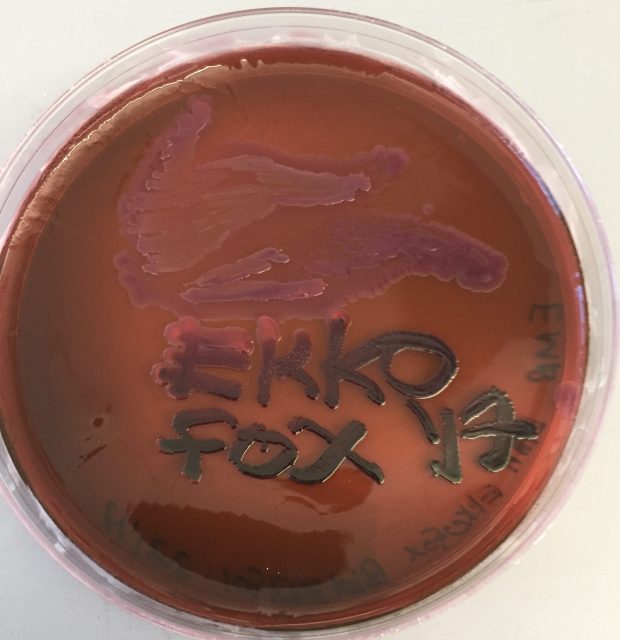 Hey Everyone, My name is Benjamin Hedges. Ben is fine.

I am a Biology major with a concentration in Cell and Molecular Biology and a minor in Mathematics. My interests are diverse but are slowly converging to microbial ecology, archaea, and mechanisms of bioremediation.

I am also participating in undergraduate research on bioremediation of fuel spills in Dr. Leigh’s lab (yay for unfair advantages!). 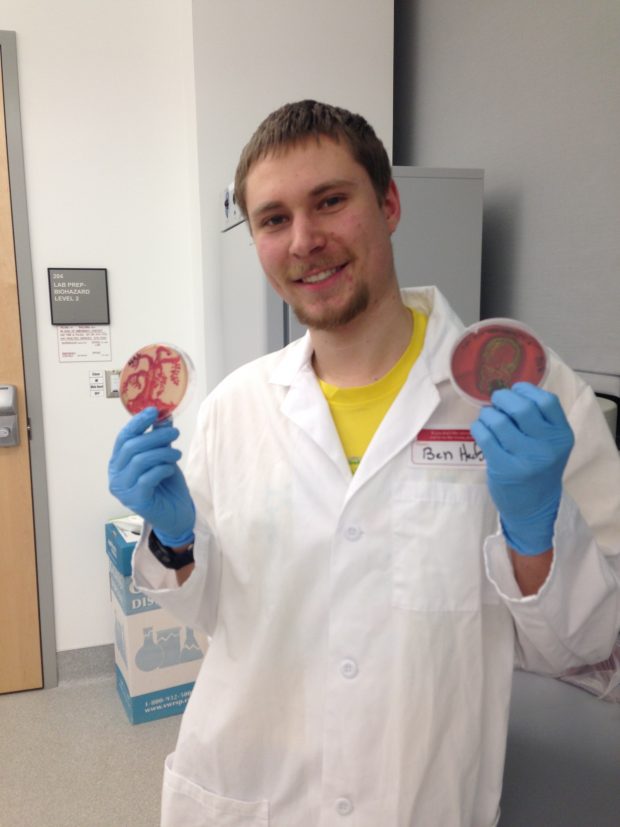