I drew a one panel comic about how according to the endosymbiotic theory, mitochondria (and chloroplast) evolved separately from rest of the Eukaryotic cells and therefore it is similar to being adopted.

I tried to add some detail like  Endoplasmic reticulum and ribosomes on them. I wanted to add things like lysosome and other organelle but I didn’t want to make it too crowded.

An Amoeba species called Dictyostelids  is capable of penetrating biofilm in order to eat the bacteria within. Bacteria tested were  Pseudomonas aeruginos,  Pseudomonas syringae,  Klebsiella oxytoca and  Erwinia amylovora.  All these bacteria are capable of creating biofilms and were harmful to humans or plants. This also opens up further studies of methods of killing bacteria without resorting to antibiotics, which the bacteria may grow resistances to.

Connection:
We’ve learned about how certain microbes can create biofilms to protect and help with survival. This article is about how we can get around that. Also my isolate happened to be a bacteria capable of creating biofilms (S.epidermidis)

Most of the article was regarding the scientists’ steps in finding out about this amoeba rather than the actual science behind it. However, it did use many quotes by the scientists so it did give assurances on the accuracy of the report.

What is the molecular mechanism of how the amoeba can “eat” biofilm?

Will using amoeba to kill bacteria be safe for humans/plants in vivo?

University College London (UCL) did a study using  Caenorhabditis elegans has a model organism to study the effect of genetics, diet and chemical make up of the gut effect the cancer drug  fluoropyrimidines. Fluoropyrimidines is a colorectal cancer drug that kills cancer cells by preventing DNA replication. They used the  Caenorhabditis elegans worm because their digestive tract can be a model of human digestive tract. They screened total of 55,000 different conditions and found that certain bacteria in the gut can improve the effectiveness of the drug by assisting in activating the drug as well as allow the body cells to uptake the drug more.

We’ve learned about the natural human flora and how they affect us. This shows an example of how bacteria can affect drugs that we take.

Although the article was interesting and concise, they really did not go into details of the experiment. For example, what sort of conditions did they test exactly.

What conditions did the screen consider? What bacteria exactly? How did the bacteria improve drug intake (Molecular mechanism)?

It was supposed to be flowers but only the MAC plate really showed it well. 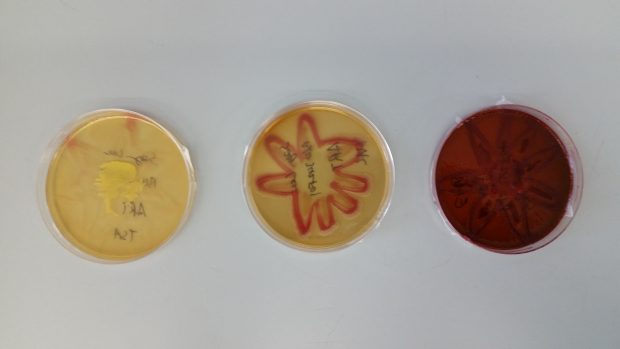 Interestingly enough, the MAC showed the best except for the center which showed most on the TSA. It was easier to see in person than in the picture but the petals are made out of two different microbes,  S.marcescens and P.mirablis, but doesn’t show well here.

If I were to do this again, I would’ve probably filled the plate more so that it is easier to see.

Title:  Life forms that could be 50,000 years old found in caves in Mexico 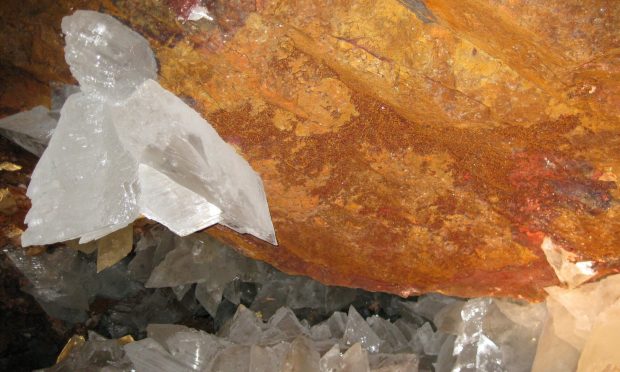 Summary: A science team discovered 40 different microbes  suspected to be around 50,000 years old in underground caves of Mexico. They have very distinct genome, the closest relative still only share 90% similarity. They survived by consuming minerals found in the caves, like  iron and manganese.

Connection: We’ve been discussing the metabolism of microbes, and they are  an example of chemolithotrophs since they consume non-organic metals. It is an interesting look at the extreme conditions that microbes are able to live in.

Critical Analysis: The biggest shortcoming of this article is that it is relatively short. It may have been helpful if they linked to some of the primary sources and presentation given by these scientists. However, the information in the article seems accurate, they used many direct quotes by the scientists

Questions: What were these “extreme” conditions the microbes were found in? They mention it in the article but doesn’t state what the conditions were exactly.

Hello, My name is Daniel

I’m a chemistry major with a focus on Biochemistry. I’m hoping to go to pharmacy school after graduating. I lived in Washington before coming to Alaska about 9 years ago. I am looking forward to an interesting class. 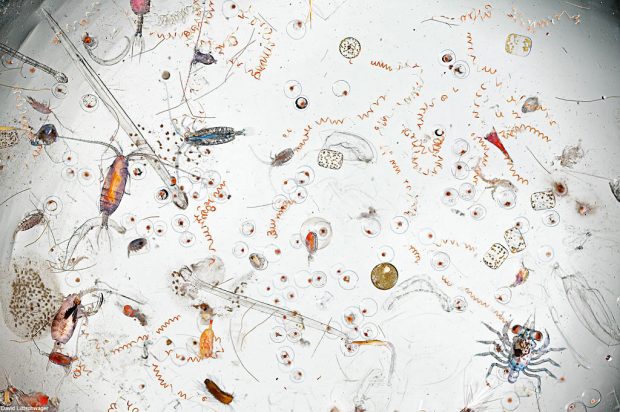