Humans like to think we are the top organisms on Earth; we live on every continent, we are numerous (~7 Billion individuals) and we can survive well in our environment. Humans for thousands of years had this superiority complex, but then something odd was discovered; microbes. These were found to outnumber humans billions to one. We had to accept that something that we can’t normally see with the unaided eye lives all around us, on us, and in us, and they’ve been doing it for billions of years before we showed up.

Microorganisms (or microbes for short) can be found in all domains of life; Bacteria, Archaea and Eukarya. I took Microbiology wanting to learn more about microbes and the world that they live in. For my semester long project of isolating and identifying a bacteria, I decided to sample the biofilm that forms in my aquarium and study a microbe that grew on my agar. I wanted to know if I could get a microbe that reduced ammonia or its byproducts like nitrate or nitrite. These bacteria are extremely important not just for natural bodies of water but for aquariums too, which reduce ammonia from fish metabolism to much less harmful nitrate.

Today, I will be presenting my data and try to identify my bacteria based on my physiological and genetic tests. I hypothesize that my bacteria will be a nitrogen reducer (known as a denitrifier), as these can be the most common microbe in many aquarium environments.

To facilitate the tests for the semester, the bacteria had to be sampled from the environment. To do this, I used a sterile swab moistened with sterile water to take a sample of the biofilm that forms on top of my aquarium water. The sample was then streaked across a Tryptic Soy Agar (TSA) plate. These were sealed with parafilm and left to incubate in an open bag on top of the refrigerator upside down to prevent condensation.

A few days later, I observed a multitude of different bacteria colony growth on the TSA plate. During the second lab, I selected a small, fairly isolated yellow colony from the TSA plate and used the Quadrant Streak Method to try to isolate my bacteria for further tests. I let it incubate at 37oC in the sealed plate in between each streak. After 9 individual re-streaks, a pure isolate was finally achieved.

Once I believed I had a pure isolate, I performed a battery of physiological tests to profile my bacteria. These tests include: Gram Staining, fluid thioglycollate, streaking on MacConkey agar, catalase test strip and oxidase tests.

After physiological tests, I then performed whole genome sequencing to attempt to identify my isolate. I then extracted my bacteria’s DNA following the procedure laid out in Lab 5 using the PowerSoil ® DNA Isolation Kit. The DNA extract was then sent to the UAF Institute of Arctic Biology DNA Core Lab to be sequenced on an Illumina Miseq. I then performed two API test strips; the API 20E and API 20 STAPH. Interperating the results in Lab 6, my test strips gave me negative results across the board. I then analyzed the genomic data provided from the Illumina Miseq as outlined in Lab 7. This involved using applications on BaseSpace to assemble and analyze my data. Using SPAdes Genome Assembler, KRAKEN Metagenomics and Prokka Genome Annotation apps, I was able to narrow down the identification of bacterium as discussed below.

I tested my isolates antibiotic susceptible as outlined in Lab 9. This included doing two disk diffusion tests testing Cefoperazone, Vancomycin, Amikacin, Trimethoprim, Gentamicin, Oxacillin, Tobramycin and Cefazolin (Table 4). My isolate was susceptible to all antibiotics tested except Tobramycin, which was intermediate (Table 4).

In the tables below, x# represents the number of times a successful result was recorded (example: Gram Stain x5 means the Gram Stain was preformed 5 individual times resulting in the same data). 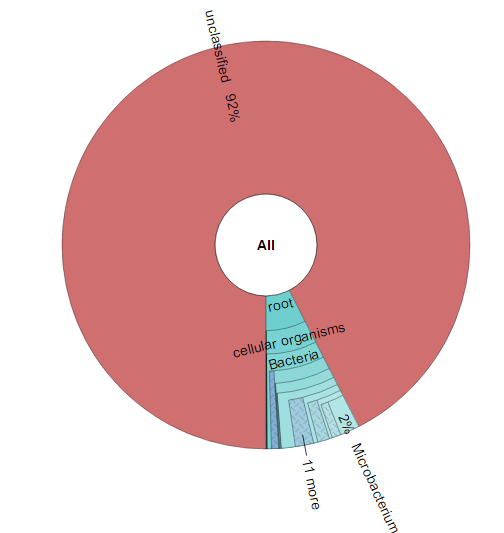 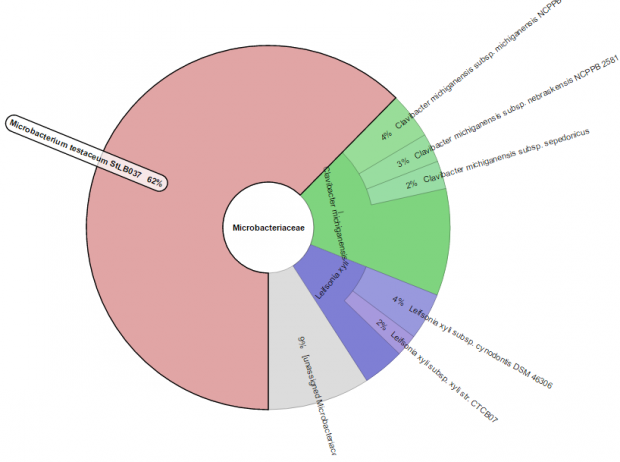 Figure 2 shows the zoomed in porting of the previous figure (fig 1). This shows that out of the different species under the family Microbacteriuaceae, 4,169 reads were attributed to Microbacterium tesstaceum. 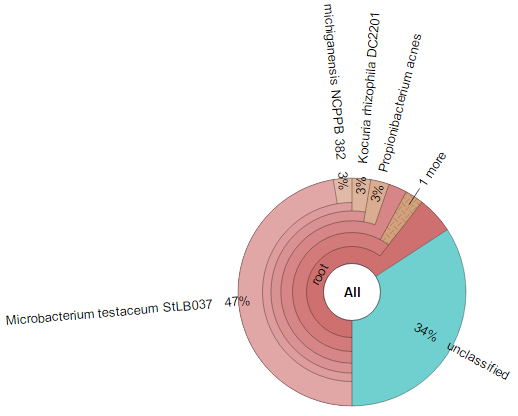 Figure 3 showing the identification results of the unidentified contigs from the previous (fig 1) KRAKEN Metagenomics analysis. Out of the 92% unclassified genome, 47% was attributed to Microbacterium testaceum.

According to research, Microbacterium sp. can be found in many places, including being isolated on a potato leaf (Wang et al., 2010). Microbacterium sp., under the phylum of Actinobacteria, are known to be ubiquitous in soil and water environments (Embley and Stackebrandt 1994), and have even been isolated from the livers of lab mice (Buczolits et al., 2008). They have many different lifestyles and metabolic pathways (Servin et al., 2007). In the end, my hypothesis of my isolate being a denitrifier was neither supported nor denied as I do not believe the API test strips were designed to test the metabolic functions of my genus of bacteria.

There was one very serious discrepancy between genomic analysis and physiological tests. This being the gram stain test, with Microbacterium sp. should always Gram stain positive. As referenced in Table 1, five individual Gram stains found the bacterium to be Gram negative. Microbacterium is in the phylum Actinobacteria, which a defining characteristic being that they are all gram-positive bacteria. A closely related bacterium in the same phylum, Mycobacteria, is known as acid-fast Gram positive. When a bacteria shows acid-fastness, this means the bacteria will stain abnormally due to the presence of one of many different factors. These can range from the presence of mycolic acid in their cell walls to other cellular inclusions which either resist the ethanol or acid based de-colorization process. This can result in a negative result when the cell cannot retain the stain (perhaps like my bacteria) and it washes out with the ethanol (Morello et al., 2006).

To better identify my bacterium, I would potentially perform several more tests. This includes an acid-fast stain, perhaps the Ziehl—Neelsen stain. This would allow me to see if my bacterium is acid-fast positive, meaning it would Gram stain negative but have a Gram-positive physiology. I would also like to perform several different API test strips to try to determine what metabolic pathways my isolate possesses. 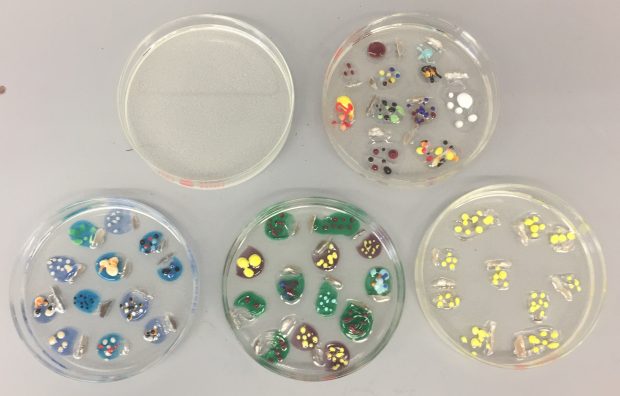 From the top picture going left to right, the plates are; Uninoculated agar, Mixed culture, two Selective/Differenetial agars  and a pure culture of Microbacterium sp. (or  Micrococcus luteus  as Dr. Leigh pointed out). Botom picture is zoomed in for more detail.

I call my art project “Bacterial Isolation”. I wanted to make different bacterial morphologies in many different colors to use in my project. Most of the colonies are raised and bumpy, while some are smooth and experience some gliding. Each individual peice is made out of pressed glass (either clear, light or dark blue, green or purple) with different bacterial colonies on top of each, embedded in a layer of clear epoxy resin. The petri dishes are covers that were provided by Dr. Leigh.

I feel this represents my time spent in the lab trying to isolate my bacteria, which I restreaked over 12 times to ensure it was pure. We have learned about and utilized many different types of agar and I wanted to incoporate the idea of a selective and differential agar into my work as well. I hope you enjoyed my bacteria isolation series!

Summary:  Several researchers  have found what they describe as “…odd creatures, most of which have no evidence of a circulatory or digestive system…”. These creatures existed around 541 million years ago during the Cambrian Period. These creatures, the scientists argue, might not have been animals at all.

Connection:  We have talked about the eveloution of life on Earth, from microbial life to multicellular life. Somewhere between singlecelled life and multicellular life, these creatures showed up which we thought might have been the ancesters of animal life; but other kinds of life might have existed at the same time.

Critical Analysis: This article did a pretty good job explaining the science behind these researchers findings. They explain how the enviroment changed over time and alowed these creatures to evolve along with others.

Question: Do you think these microbes could  still be around today in another form? Perhaps like the colonial Portuguese man o’ war?

Summary:  NASA Astronaut Kate Rubins talks about upcomming experiments on the Internatinal Space Station. These include understanding the microbiome of the human body and the microbiome of the spacestation itself. The astronauts can do this via protible DNA sequencers among other exciting new mirobial research equipment.

Connections:  This vidio got me excited about the experiments being conducted on bord the ISS. They will be studying things related to subjects we’ve learned in class such as; microbial gene expression in microgravity, human immune system, bone and muscle system changes due to microgravity, understanding the human and spacestations microbiomes. They can do this with protable DNA and RNA sequencers. This is to connect the effects of spaceflight (microgravity, increased radiation, recycled atmosphere among others) back to the microbiome on Earth and other planets.

Critical analysis:  I really enjoyed this vidio and it got me excited for the upcoming experiments the astronauts on the ISS will be conducting.  I learned that DNA sequencing can be done with a device “as big as a cellphone”, which is very exciting for the future of microbiology. I also really enjoy NASAs vidios and articles, as I feel they do a great job expressing science so everyone can understand it.

Question:  Would you want to go to the ISS knowing you’ll be potentially shairing microbiomes with your colleagues more rapidly then normal? This would be due to the tight quarters plus the recycled atmosphere and water systems.

Summary: A company called Biota Technology is useing “DNA Science” to more efficiently extract oil from natoriously expensive shale oil deposits. This is done by taking a sample as the oil just starts flowing, sequence the DNA, analyse the data and compile it for furture oil exploration. The exact methods of extraction, sequencing or analysis is not specifically covored in this article.

Connection:  This company uses DNA sequencing and Analysis most likely similar to the techniques we used and learned about in class. They need to extract a microbial populations DNA before, during and after a well is drilled to detect the changing microbial population of the oil.

Critical Analysis: I found this article interesting, not only because of Alaskas oil industry, but also for the study of oil microbe populations and as they change both over time and as the oil is drained from the surrounding rock. Some of these communities are potentially thousands of years old, and we could learn a lot from thir ancient DNA and lifestyles. It was interesting that the article used the term “DNA Science” regarding DNA extracting and sequencing, my only reasoning for them using it is to make it should more “sciency” without confusing people too much.

Question: My question is; can a method like this potentially be used to estimate an areas risk of groundwater contamination from oil exploration and fracking? 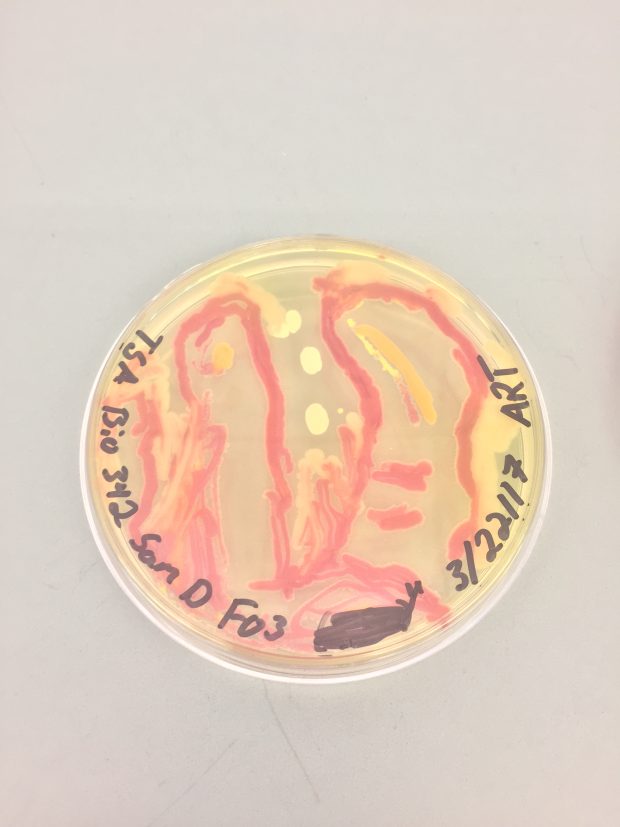 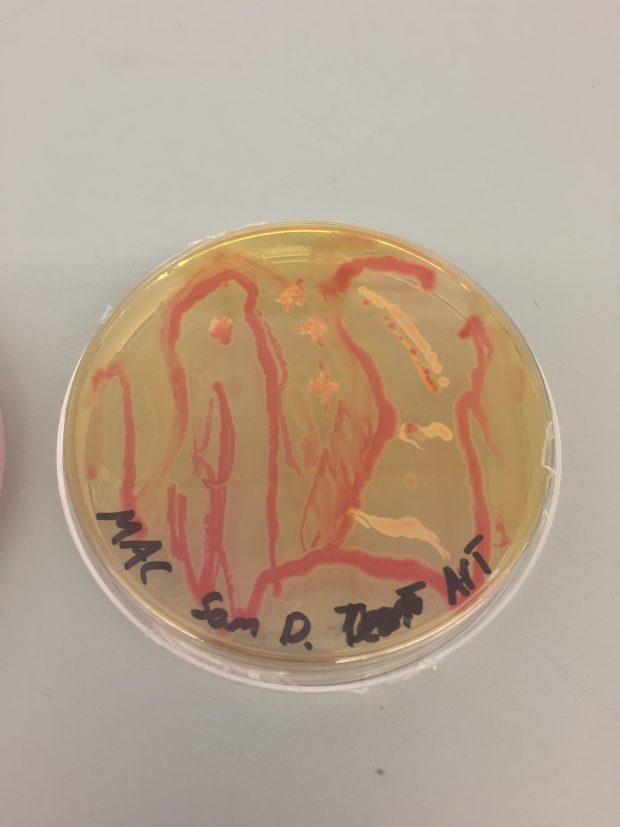 Here is my take on painting with microbes. I took insperation from the Pillars of Creation, a small gas and dust structure in the Eagle Nebula. Unfortuently, there were no blue or black microbes, and the bacteria that was supose to be green took the same color as the agar. If I had more colors (and had the thought to paint it mirrored, as it is viewed backwards here) I would paint this again.

My name is Sam Dempster, and I am Senior studying biology. I am very interested in the function of plants, and wish to study/work with plants as a job. I wirked for an independent researcher my sophomore year collecting and analyzing hydrology data; by measuring the radio of deuterium (heavy hydrogen) in water sources, we could calculate which sources of water plants were using over the course of a year! Remember, the Earth is more water then land! 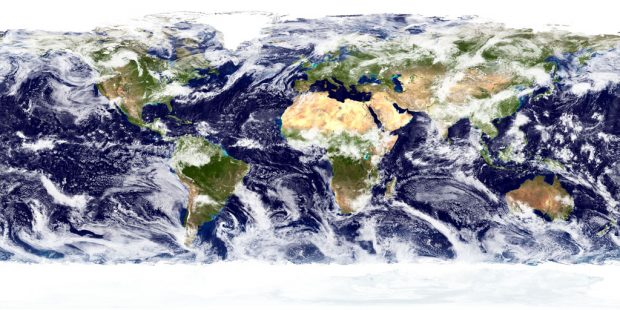